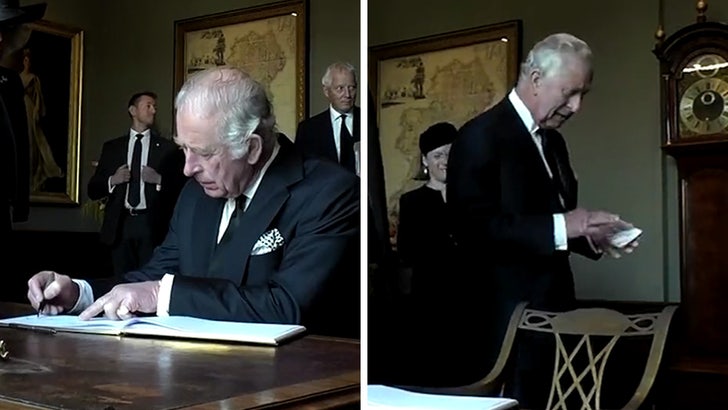 King Charles may wear the crown, but he still faces problems we commoners encounter every day… including pens bleeding like a haemophiliac.

Britain’s new monarch was on hand for a signing ceremony at the royal residence of Hillsborough Castle in Northern Ireland on Tuesday…where he and Queen consort Camilla were trying to sign some sort of book. 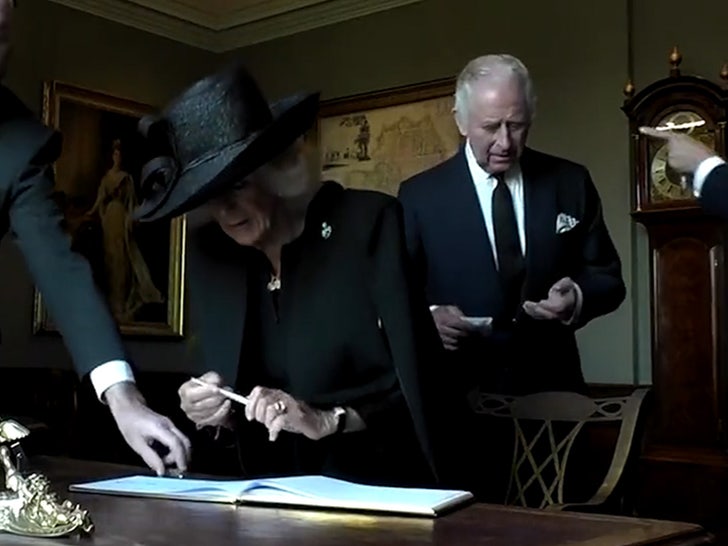 KC3 had trouble from the start… forgetting it was September 13 and not the 12 as he laid down his John Hancock. Camilla noted that he also messed up earlier in the day. Just as Charles took the pen out, ink began to drip onto his hand.

He was instantly frustrated, saying he hated the pen…continuing to angrily call it ‘that bloody thing’ as he pawned it to Camilla, who also noted he was going everywhere before aids royals do not come to his aid. 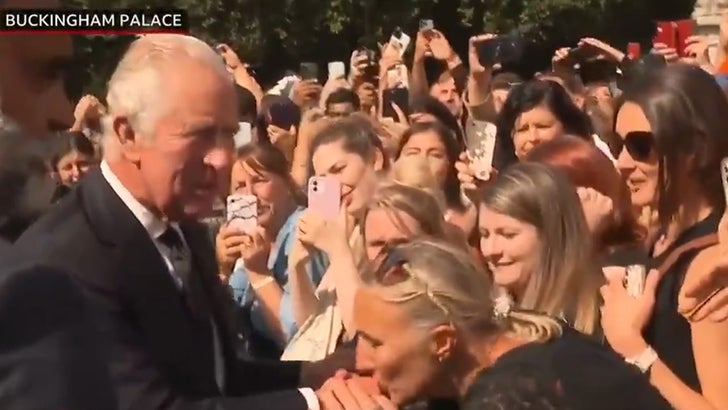 The King, meanwhile, stormed out…still pissed at the writing instrument, complaining that it happened “every time stinky”. It’s pretty hilarious, just because Charles is usually buttoned up in public. It looks like this desktop camera caught him in a candid moment.

BTW it looks like some pens and pen accessories might be Charles’ kryptonite – the guy also had a little meltdown earlier over the weekend when he came across a pen box on his desk while he was trying to sign a proclamation making him the new top dog…a big deal.

Charles covers the breaking wind at his coming by waving and blaming pen and ink for the eh, pen and ink. pic.twitter.com/ZfW3cNPMIN

As he sat down, he frantically motioned for an assistant to get rid of all that pen shit… and it was all quickly swept away so he could get to work.

Time to grab a 10-pack BIC, KC… looks like the ballpoint pen might be the way to go.